“Before I came on placement with Every-One, if the word ‘carer’ was mentioned to me I would have thought of someone who cared for a disadvantaged person who needs assistance with everyday life. I assumed that all carers were paid, and that they did it as a job. But ever since my placement at Every-One my eyes have been opened to the experiences of unpaid carers, the struggles that they face, both mentally and the support they receive in employment and the admirable work that they do alongside their paid jobs.

I think that the work that Every-One does raising awareness of what unpaid carers go through is outstanding, with what they help employers put into place. Just seeing the transformation of organisations that have taken part in the CQA, is incredible. I never realised what a change it would make to a carer to have flexible working hours, and such as having their phones with them to ensure that the person who they care for at home is alright. I now realise what unpaid carers do and the struggles they face, I think that unpaid carers are admirable, wonderful people and working with everyone has really opened my eyes to this.

In addition to experiencing things such as the CQA and carer awareness training in action, I have had the opportunity to attend a co-production meeting. Initially I thought that this would be people coming down from the council to work alongside service users to try and dictate a care plan for their best interest. But when I left the meeting, I had a completely different perspective on the whole topic. I now realise that Co-production is working with and alongside, service users to provide the best care across the county. I never thought that a member of the county council and the manager of integration and transformation, would attend and listen to a group of people with personal experience of care issues. this would be and is extremely powerful because a person who commissions the services, is making themselves a partner, in conversing with people who have experience, and working as an equal, to make sure that services are fit for purpose and suit the people that they are being delivered to.

I now realise that co-production is not only working with individual service users, it is transforming services county wide, by working as equals with the county council to make services better for the whole area. It had such an impact on myself, that I volunteered to be a member of the group myself.”

Young Carers for people with Subs …by Peter1 month ago

Free Carer Awareness Training for …by Dan Fleshbourne2 months ago 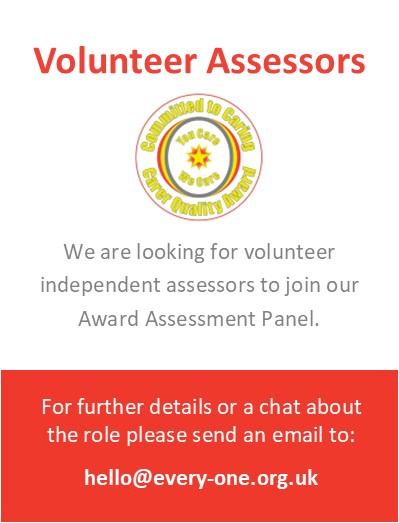